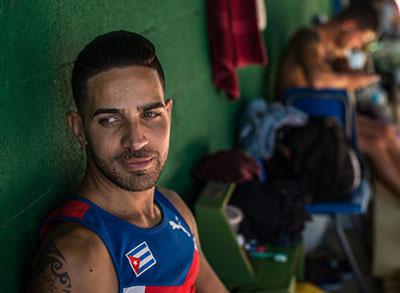 Cuban website Granma is quoting the NY Times as saying US immigration policy is discriminatory, dangerous, encouraging illegal border crossings and more. The current policy is called “wet foot, dry foot”. If you are caught in the water you are sent back: if you make it to dry land, you are home free.

Preferential treatment of Cuban immigrants make it very attractive to get across the 90 mile gap between countries, or the round about way throgh Mexico. If you make it here your can become a permanent resident in a year and apply for US citizenship after 6 years.

Read the whole article as quoted in Granma.

A quote from the article: “The piece references the letter sent at the beginning of this week by nine Latin American governments to Secretary of State John Kerry, requesting the U.S. government “end its preferential immigration policy for Cubans, calling it “discriminatory” and a boon to human smuggling networks in the region.”
The report continues, “In a rare public letter to Secretary of State John Kerry, the foreign ministers of Colombia, Costa Rica, Ecuador, El Salvador, Guatemala, Mexico, Nicaragua, Panama and Peru requested a high-level meeting to discuss a policy that they said is fueling the “disorderly, irregular and unsafe” migration of Cubans through their countries.”